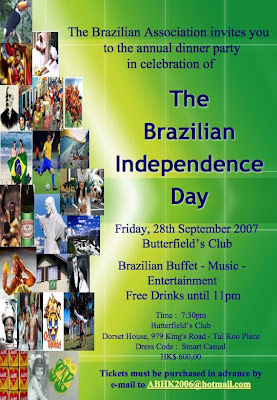 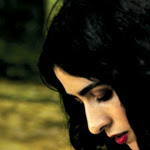 Prezados associados!
O Centro Cultural de Macau estara apresentando Marisa Monte World Tour.
O concerto sera no dia 05 de junho as 20:00 horas .
Tickets on sale from 06.04.2007 Pre-sale period for CCM Friends 30.03-05.04.2007
Intimate Pop with a Samba Twist
Marisa Monte is a true example of modern Brazilian music. Her style is rooted on the legacy of samba and bossa nova, while at the same time it reaches out to international influence, embracing pop, jazz and rock.
Having grown up surrounded by Brazilian music, she began playing guitar and singing at an early age. Fond of her countries ' songs, Marisa Monte would sing in bars, and eventually her soothing voice and heartfelt performances conquered the public and critics, making her famous even before her first album was out in 1988 (“Marisa Monte Live " ). Since then, her collaborations with international artists like Arto Lindsay, Laurie Anderson, David Byrne, Philip Glass or Ryuichi Sakamoto have turned her into a Brazilian music reference, with a career spaning over 19 years and more than nine million records sold worldwide. In 2002 she got together with Arnaldo Antunes and Carlinhos Brown and the three created the album “Tribalistas " that sold over a million records and received a Latin Grammy Award in 2003. “J?sei namorar " and “Velha infância " became such big hits in the summer of 2002, that they were sung by almost all the portuguese speaking teenagers. During that time she became pregnant and when “Tribalistas " was out, so was her baby. Motherhood gave her time to work on her last two albums-“Infinito Particular " and “Universo ao meu redor " - that were both released last year at the same time. While she was at home, she started to organize her outdated cassette recordings, and this led to “Infinito Particular" a collection of old and more recent songs. For “Universo ao meu redor " , Marisa Monte did an intense research and interviewed people from the samba world, coming up with an album that focuses on the atmosphere that surrounds the samba music. Her friends from the “Tribalistas" joined in, and so did international Brazilian stars Jacques Morelembaum and Adriana Calcanhoto, and the album became Best Samba Album of the 2006 Grammys. Marisa Monte is surely going to prove to the Macau audience why she is loved by so many people, that have long surrendered to the warm embrace of her voice and the spiritual depth of her lyrics.